Three key principles are critical to success and are traits that I look for in my teammates.  I refer to these as Pillars of Impact as they are foundational to growth: Courage to Challenge, Expect Excellence, and Empower Others. 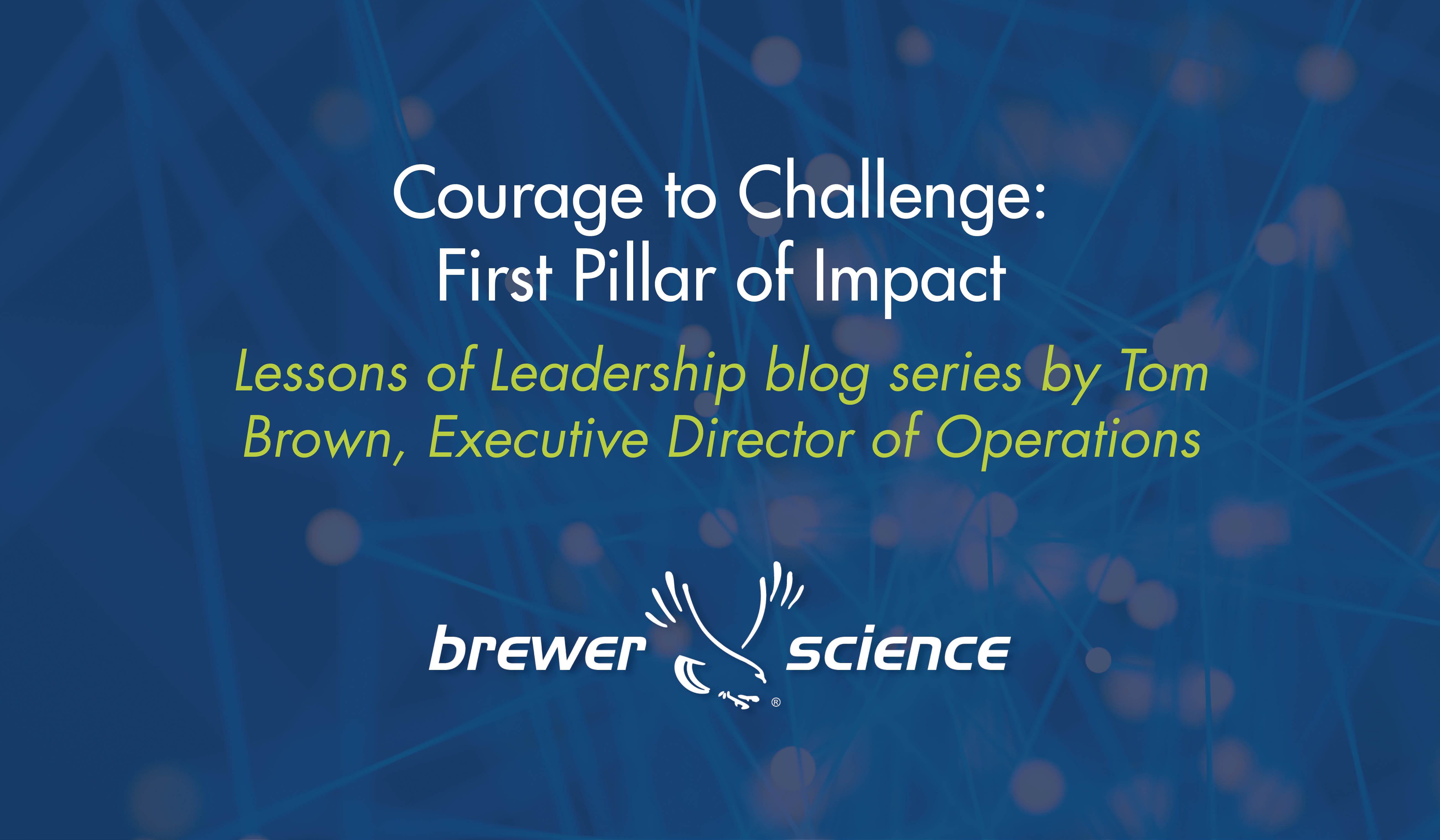 The first Pillar of Impact is the Courage to Challenge. The two main words in this pillar infer conflict; however, that doesn’t imply a negative experience. For Courage to Challenge to be a force for positive change, it’s essential to ask yourself two questions.

Are you respectfully challenging?

The individual needs to find the courage and respectfully put forth a challenge. Therefore, what you need to focus on is the question itself. How to respectfully ask a question that challenges the status quo. This is always easier when trust has been established and your credibility helps the recipient understand that you have the best intentions in mind. If not, you need to focus your questions on understanding. To accomplish this, learn more about their perspective, try not to infer they are wrong as you increase your understanding of their ideas.

In a prior post, I talked about my Mentor asking the simple question: “Is what you are saying helpful or harmful?” You have to consider how your question will be received because while your intention might be helpful, it could easily be perceived as a negative challenge and cause walls to be put in place.

Are you creating an environment conducive for challenge to occur?

There are many reasons why a person chooses not to challenge, including hierarchy, confidence, experience, or self-awareness. As leaders, we need to be clear that there are no stupid questions and that everyone’s input is respected and encouraged.

To further understand if you are creating a conducive environment, ask yourself some of these questions: Do you promote asking questions in your group or do you deter questions by proactively delivering answers? Do you get defensive and protective of your position? Do you feel that questions are directed towards you, the person, and not the process or situation that exists? Do you interpret questions as rebellious and disruptive to the harmony of your group? If you answered “yes” to any of these questions, then you could be preventing your teammates from feeling the courage to challenge.

Promoting critical thinking is necessary in creating an environment conducive for challenge to occur. How do you respond when critical thinking is directed towards your decision or actions? Personally, I find it really difficult to be open to criticism, but the courage to challenge and speak up on your insight is absolutely critical if you are going to gain from the collective wisdom and experiences.

Courage to challenge in practice

While the “Courage to Challenge” approach has always been part of who I am, I didn’t quite appreciate how critical it was for a team’s success. I had encouraged it within my team, but I was viewing it as something I liked—almost as a personal preference—instead of as a key principle in the overall success structure. It came to a head when I attended a critical internal meeting to discuss a problem with our product with a customer. The investigation had stalled as the questionable batch, A, and a known good batch, B, had the exact same signatures. It was defying logic. When you evaluated the charts, your assumption led you to believe that either they would both have to be good, or both must be bad. To make matters worse, a third batch which looked like it should be bad, was performing well for the customer. 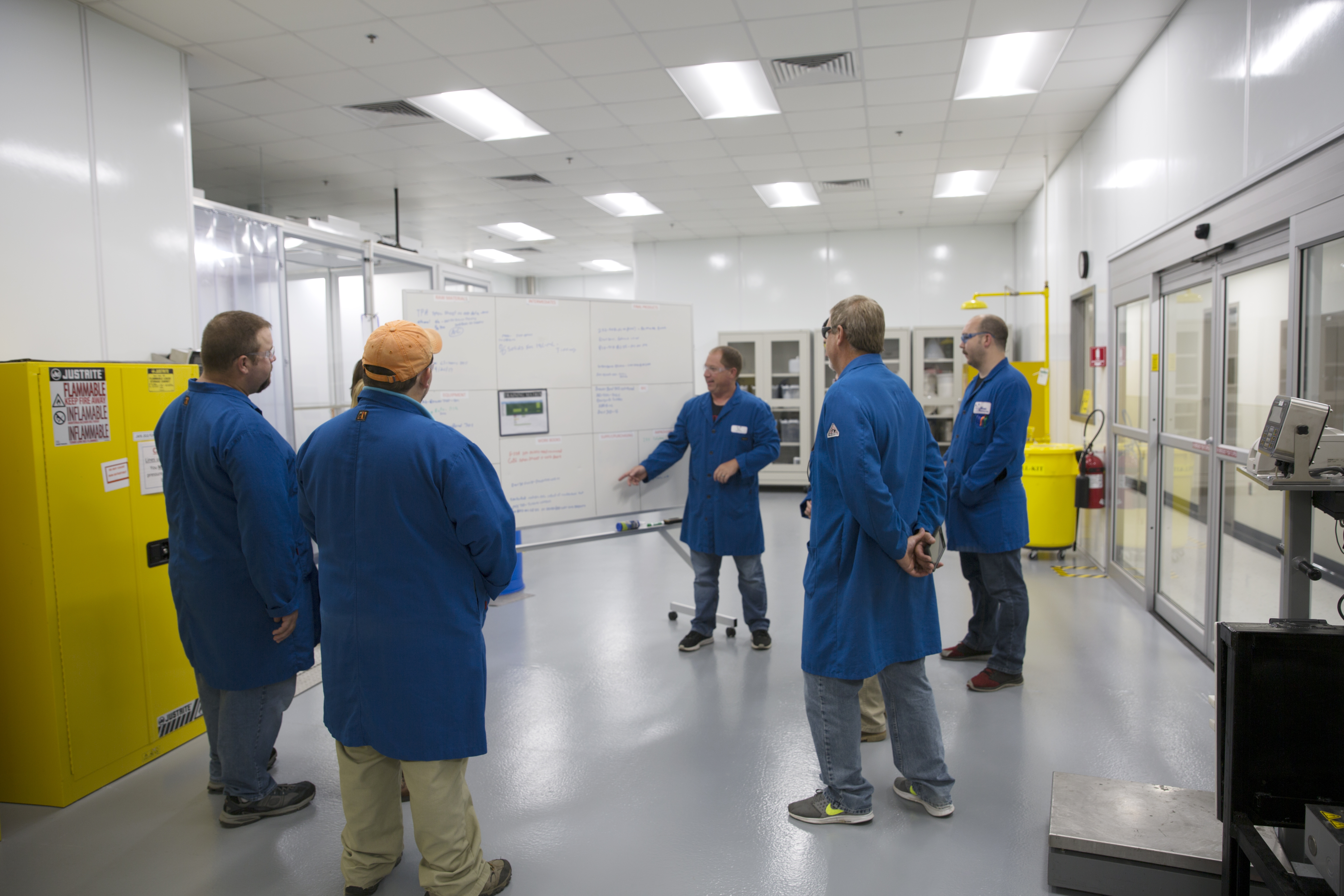 I kept challenging the graphs and pointing out to the team that it was illogical, if A=B and B=C then A must equal C. I had frustrated everyone in the room and despite some “Master of the Obvious” comments along with some eye rolls and head grabbing, I would not let up. Finally, someone had the courage to challenge, as they pulled up the original data. When the presentation was made, the person incorrectly marked the graph of a batch that performed well for the customer and that one did not. A simple mistake that was not challenged propagated until it became fact. Those attending the meeting day after day had been trained to accept it as truth as it was presented. Once the issue was identified, everything fell into place, the root cause was identified, and the problem was addressed, satisfying the customer.

In a room filled with people with more intellect than me, I know people had asked questions and challenged the assumptions but either they had their concerns addressed or didn’t want to ask again. Many chose not to push back because of the dynamics in the room with leadership such as a fear of angering a top manager. Being viewed as disrespectful. Not wanting to risk being ridiculed if they were wrong. But I didn’t focus on why they didn’t challenge, only on how we moved forward to resolve the issue.

I made a statement at that point that became a mantra for Operations over the years: “I don’t care what you know, only what you can show.” We know the problem with assumptions. We know the problems with memory. Show me the data, validate your actions. We supported that mantra with “Peel the Onion” which encourages people to dig deeper.

The discussion with my team was a lot more direct. I stressed that if they could not challenge, then they couldn’t lead. They needed to decide if they wanted to lead or not. I already knew the answer when I asked it, and boy did they lead! The environment in that meeting was not conducive to challenging – so I had to force a change in that environment. By not backing down, I was taking the position that it was okay to challenge and that we must challenge.

Breaking out of groupthink is critical to move people and organizations forward. Stagnation is not planned, but a result of inaction and the Courage to Challenge the status quo is what moves you beyond today.