The Upper Big Branch Mine Disaster – Lessons for Workplace Safety

Join McKenzie Turner, Safety Intern at Brewer Science, as she recounts significant historical moments that led to the safety rules and regulations we have in place in today’s workplaces.

History of mining in Montcoal

The Upper Big Branch Mine was located in Montcoal, West Virginia, and operated by Massey Energy. The unincorporated community of Montcoal is a coal town in Raleigh County and the home of Performance Coal Company—a division of Massey Energy. In 1918, Colcord Coal Company opened mines 1 to 5 and began mining coal in Montcoal. In 1945, Armco Steel took over those mines. Armco Steel then ran the mines until 1984 when they were sold to Peabody Coal Company. Many people who lived in Montcoal had enjoyed their town because of everything that it offered: a post office, restaurant, barbershop, scout troops, a family doctor, and a store. It was located right on Big Coal River, which was ideal for many people. In 1991, Peabody Coal closed mine number 7, and everyone thought that it was the end of coal mining in Montcoal. But that is when Performance Coal Company, a subsidiary of Massey, began reworking and continued the operation.

Methods of mining for coal

There are two ways to mine for coal: surface mining and underground/deep mining.

Surface mining is when the coal is less than 200 feet below the surface and large machines remove the topsoil until the coal is exposed. While both mining operations are dangerous, surface mining poses far fewer threats to employees than its counterpart does.

Underground/deep mining is the method they used at Upper Big Branch Mine. It is necessary to use this method when the coal is several hundred feet under ground level. The miners ride elevators down into the mine and travel on short trains for miles through tunnels until they get to the mining site. Once the coal is removed from the ground, it is processed by being sent to a preparation plant, where the coal is cleaned to remove the rock, dirt, ash, and sulfur from the material. If it requires a short transit, conveyors, trams, and trucks are used. However, if the destination is further away, trains, barges, and ships are used. Approximately 70% of coal deliveries in the United States are transported by trains. Historically, coal had many uses in the industrial, transportation, residential, and commercial sectors. Since 1961, its primary use is to generate electricity. There is a company in North Dakota called Great Plains Synfuels Plant converts coal into synthetic natural gas (Syngas). It is used to produce electricity and hydrogen for many uses.

The Upper Big Branch Mine Disaster of 2010

The success of nearly a century-long mining operation came to a screeching halt when the Upper Big Branch Mine exploded at 3:27pm on April 5, 2010. The explosion happened 980 feet underground, and 29 out of 31 miners on-site were killed. The mining machine created a spark when it hit a rock. The spark then ignited a pocket of methane gas that was not able to ventilate out because of poor ventilation. Methane was assumed to be the ignition source, due to having high levels down in the mine. Since methane does not have an exposure limit, OSHA has a maximum recommended concentration of 1,000 ppm over an 8-hour period to ensure the workers are safe. Massey Energy had not properly maintained its ventilation systems. After the explosion, one miner was evacuated by helicopter while two others were taken by ambulance. Search and rescue operations were delayed because the high levels of methane and carbon monoxide from the explosion forced rescuers to return to higher ground. Both methane and carbon dioxide are harmful when inhaled, since both can displace oxygen in the air, creating fatigue, breathing problems, and even death when the concentration increases. This can create long term permanent damage to the brain, heart, and other organs.

Of the 29 bodies found, 28 of them were Massey employees and one was a contract worker. Later, it was announced that Massey Energy was directly responsible for the explosion with 369 violations, costing nearly $10.8 million in penalties. There had been a list of flagrant safety violations which led to the conviction of the former CEO of Massey Energy, Don Blankenship. In 2015, he was sentenced to one year in prison for a misdemeanor conspiring to willfully violate safety standards. It took Mine Safety and Health Administration (MSHA) investigators over two months before it was safe for them to enter to investigate the mine due to a large concentration of toxic gases. They were allowed to begin their investigation on July 2, 2010. 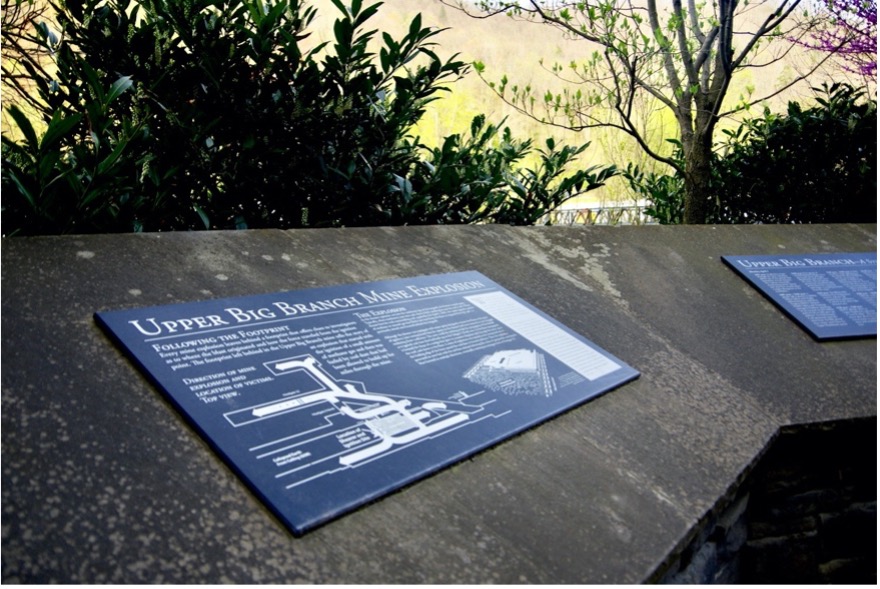 In May of 2011, an independent investigation team released the report which stated that both Massey and MSHA were at fault for the blast. Massey failed to meet basic safety standards that were outlined in the Mine Act of 1977. The ventilation system did not adequately ventilate the gases in the mine which caused them to build up and ignite. There were also allegations that Massey Energy had threatened their workers to be fired if they expressed safety concerns. The reason that MSHA was at fault was because they failed to act decisively at the Upper Big Branch mine in 2009 when Massey was issued 515 citations for safety violations. Investigators stated that they could have fined Massey up to $220,000 in fines for those basic safety violations, but instead did not give them a single violation or fine. They also said it was disturbing that the violation was not ever issued. That meant that since MSHA did not give a violation to Massey, they were also failing to inform the miners and their families that the mine they were working in had not met minimal safety requirements. Safety precautions are a hard-earned right paid for with the blood and sweat of those miners. It is a common saying among safety professionals that the safety laws and codes are written in the blood of the workers.

But those fines and violations were not the first ones for Massey to receive. In 2009, there had been serious violations for lacking ventilation and lacking the use of its safety plan as well as proper equipment plans. Prior to that they had 57 safety infractions. And the day before the explosion, there had been 2 more violations with 600 in the preceding 18 months and 1342 in the preceding 5 years. Don Blankenship, the CEO of Massey, had received lots of criticism for his apparent disregard of safety. There had been a lot of concern that Blankenship had been buying off judges and using his political connections to get away with things. Reports stated that Massey used his power to attempt the control of the West Virginia political system, which caused a lot of politicians to fear such a powerful man with vast amounts of money.

December 6, 2011, MSHA concluded the investigation saying that the entire disaster could have been a preventable coal-dust explosion. It was also announced that Alpha Natural Resources had acquired Massey Energy’s assets and liabilities, making it the new owner of Upper Big Branch mine. In 2013, they closed the mine for good. In Whitesville, West Virginia, a black granite memorial wall features the silhouettes of 29 miners.

The events of the Upper Big Branch Mine Disaster of 2010, while tragic, serve as an important reminder of workplace safety plays in the success of a company’s endeavor. Learn more about Brewer Science’s workplace environmental safety.

Learn more about internships and other career opportunities at Brewer Science.